One of the things on my bucket list is to watch Aurora Borealis and the time has come to finally check it off. Since northern lights is a natural phenomenon, there’s no guarantee that I’ll see them but I can increase my chances by picking a good month and location.

When electrically charged particles from the sun enter earth’s atmosphere and collide with oxygen and nitrogen gasses, a beautiful light show is seen. That, in a nutshell, is aurora borealis. The most common aurora color is green but it can be red, yellow, blue, and violet. This magnificent “dancing” light show is seen around the magnetic poles so our next vacation has to be close to the north pole.

There are other important factors to consider in improving my chances of seeing northern lights. Light pollution makes it harder to see the northern lights so ideally, I’d want to be away from big cities and towns. Clear skies is also very important. If there is cloud cover, I won’t see the auroras. While winter is a great time to see northern lights, I have to balance it with cloud cover. The best time is around October or March. There is still enough darkness during those months near north pole and cloudless nights.

Aurora zone is a band between 66 deg north to 69 deg north so basically north western Canada, Alaska, Iceland, and Lapland areas of Norway, Sweden, and Finland. Now I had to pick one of these as my destination to see the northern lights. I’ve always wanted to visit Iceland so I thought “great, maybe we’ll go there.” But in the end I decided I’d rather go to Iceland in summer. For this trip I picked Lapland, Finland as my destination. There were a few things that changed my mind.

Once I started reading more, I realized my chances of seeing the northern lights will be higher in Lapland instead of Iceland. Kp measures aurora strength. To see auroras in Iceland, the Kp has to be above 2 while in Lapland, Kp can be below 2 and I might still get to see the auroras if other conditions are met. Basically, I’ll have a higher chance of seeing the auroras in Lapland, Finland than Iceland.

Other reason I picked Lapland was the pictures. Iceland looks BEAUTIFUL in summer while Lapland, Finland looked like a winter wonderland, something out of a winter fairy tale. I also saw pictures of the Kakslauttanen Arctic Resort Village and I wanted to stay there. Once I saw the pictures, I started to read more about Finland and I was convinced that’s where I wanted to go. 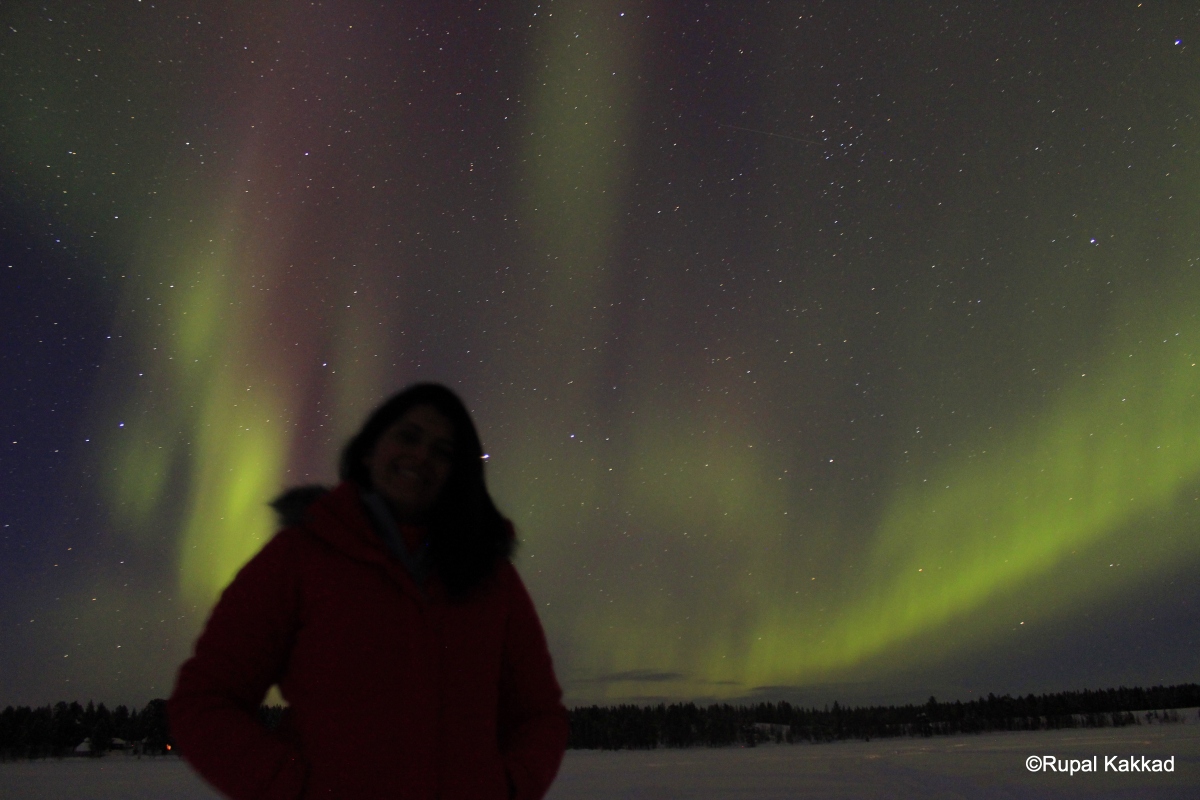 Lapland is the largest and least populated part of Finland so I still needed to narrow it down. Only 3.4% of the population live in Lapland. Less population also means less light pollution and higher chances of seeing the aurora. There are also 8 national parks in Finland and 5 of them are in Lapland. It is also the Sami Domicile area.

There are more reindeer in Lapland than people. Although the reindeer roam free in the area, they are all owned. They are like pets and if the reindeer population gets too large, some are slaughtered. Reindeer are an important part of the Sami people. They provide transportation, warmth and food during the cold and harsh arctic winter.

Of the six municipalities in Lapland, I had narrowed it down to two possible destinations very quickly: Kittilä and Inari. Levi Ski Resort is in Kittilä, and there are a few museums but Inari is the Finnish capital of the Sami people and it’s where Kakslauttanen Resort is located. Siida museum, the national museum of the Sami people, is also located in Inari.

Finland’s largest park, Lemmenjoki National Park, with over 60 km of marked trails is in Inari municipalty. It also happens that Finland’s most popular park for wilderness hiking, Urho Kekkonen, is also in Inari.

National parks, Sami museum, huge lake, and low light pollution. Inari has it all so that’s where I’m headed! I tried to make a reservation at the Kaksluattanen Resort but they are above and beyond my budget. I just couldn’t imagine paying $600 per night for a room so I started searching for other glass igloos in and around Inari. I found Nellim Wilderness Hotel and their rates were cheaper but I still couldn’t justify paying around $385 per night.

So, I ended up reserving a cabin with fireplace and sauna at the edge of lake Haaraldinjärvi on Airbnb. It fit all the requirements for aurora watching just right. It was away from the light pollution, and according to our hosts, all we’d have to do is walk on to the frozen lake and we’ll see the northern lights on a clear night.

All I need to do now is plan a few other things and I’ll be all set for my trip. While in Finland, I would love to go on a husky ride and a reindeer safari. I looked up a few places and decided to go with Ivalo Safaris. I emailed them multiple times, contacted them though their website but they never responded.

When I called them, the attitude I got was that I should just be thankful they offer services. Never mind that for reindeer safari I’ll be paying €130 per person (about $160 per person) but I should just thank my lucky stars that they’re around. They basically told me they’ll reply to my emails when they get a chance. The first email I sent was on January 14th and over two months later, I’m still waiting for a response. I figured I need to look up another company to go on a reindeer safari with.

The next company I emailed was Lapland Safaris and they were the exact opposite. They responded to my email within hours and in about a day I had a reservation for a 2 hour long reindeer safari. They were very nice, courteous, and most importantly, prompt with email. I’m all set to enjoy my winter wonderland vacation and take aurora borealis off my bucket list!

For more pictures of my latest travels, follow me on Rupal’s Travel Diaries 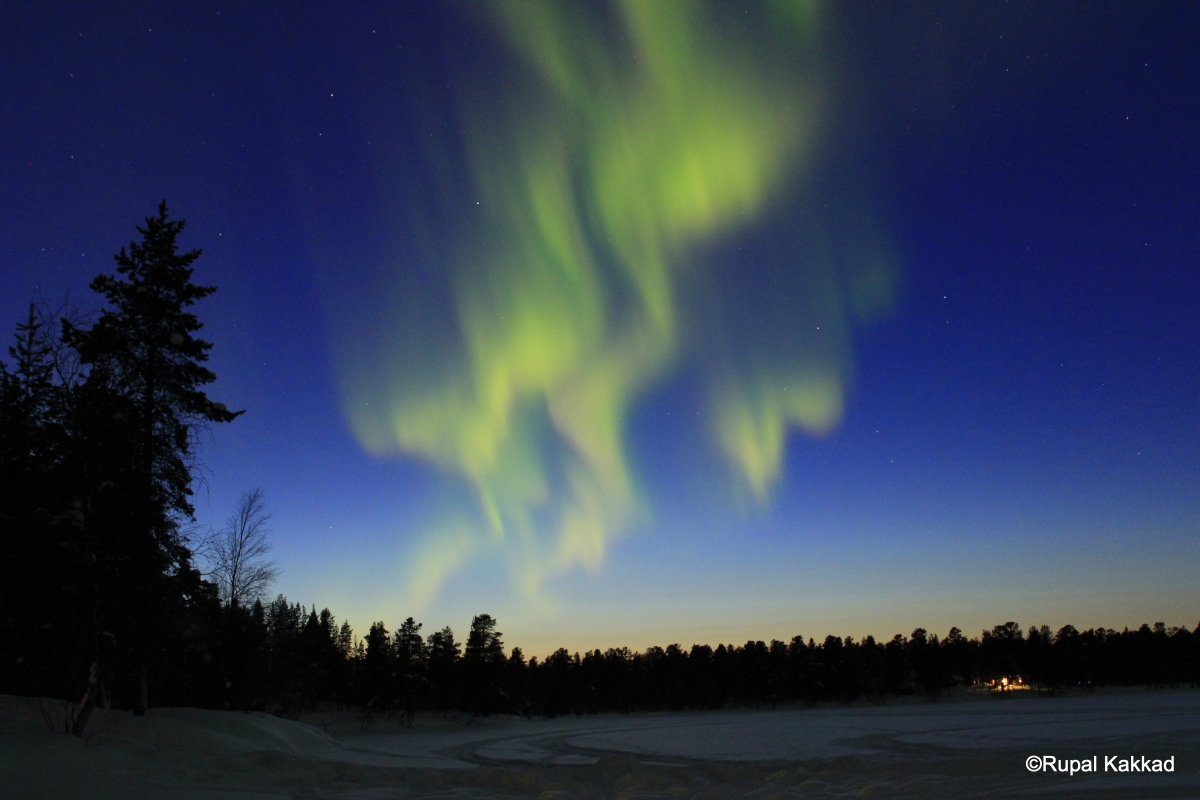 Año Nuevo State Park in Santa Cruz was so pretty.

Got to see a few harbor seals just sunbathing at t

Driving along California's Highway 1 coastline on

Monterey Bay Aquarium was the best and the otters

Sea otter feeding at the @montereybayaquarium was

Visited one of the best aquarium @montereybayaquar

Walking around the bay area we came across a hawk

Being a tourist in my own city. I've walked past T

This is supposed to be a great place to spot whale